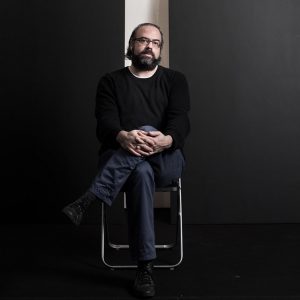 Berlin based artist and composer Ari Benjamin Meyers will speak about his institutional take-over, Kunsthalle for Music and discuss its origin, its history, and its position in relation to contemporary music and visual art. How and, perhaps more importantly, why did Kunsthalle for Music come into being?

About the Artist
Ari Benjamin Meyers (b.1972, New York, USA) lives and works in Berlin, Germany. Meyers received his training as a pianist, composer, and conductor at The Juilliard School, Yale University, and Peabody Institute. Trading the concert format for that of the exhibition, his works as an artist—such as Kunsthalle for Music (2018), Symphony 80 (with the Bavarian Radio Symphony Orchestra) and Solo for Ayumi (both 2017)—explore structures and processes that redefine the performative, social, and ephemeral nature of music as well as the relationship between performer and audience. His diverse practice features musical performances for the stage and exhibition spaces as well as three operas including a commission for the Semperoper Dresden and a ballet for the Paris Opera. He has collaborated with artists including Tino Sehgal, Anri Sala, and Dominique Gonzalez-Foerster and bands such as The Residents, Einstürzende Neubauten, and Chicks on Speed.