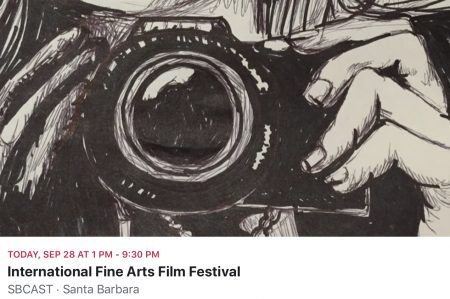 The Fine Arts Film Festival is a boutique festival that premiered in Santa Barbara, California in 2010; it then occurred as a film festival in Venice, CA in 2015. In 2016 it exploded as an International Fine Arts Film Festival full of shorts plus a few full length features back in fabulous Santa Barbara, California! It will screen at more than one venue, including an outdoor night-time extravaganza. Originally conceived as a festival of films about the fine arts, it now incorporates dance and experimental art forms and approaches. Seeking a vision that will demonstrate the collaborative nature of the arts, prizes will be awarded with the backdrop of beautiful Santa Barbara, its beaches on the Pacific Ocean, and Santa Barbara wine country only a few miles away. Come on board and catch a wave or sip award-winning wine. The festival will be totally unique and deliciously awesome!