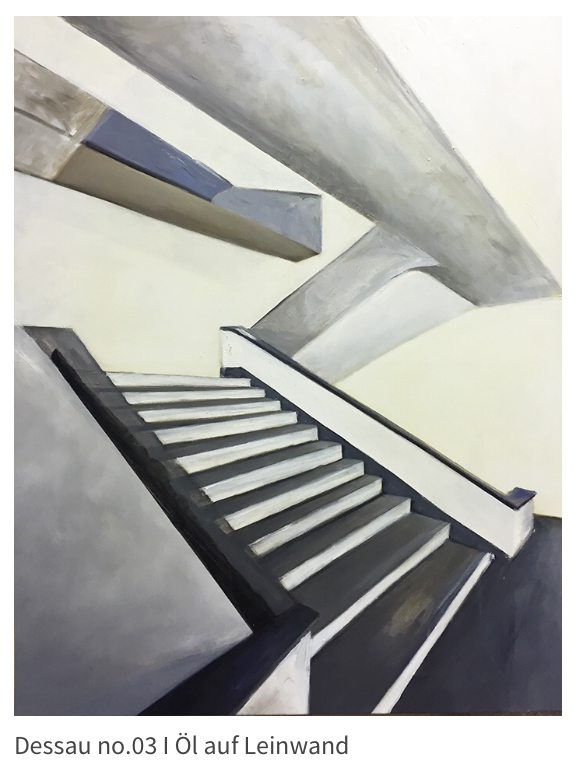 Architecture inspires me – especially when made of reinforced concrete (I appreciate the dual meaning of the word ‘concrete’ in English). A playful approach to the theme of space, form, body – wonderfully depicted in the recent film “100 Years of Bauhaus” by Boldbrinker and Tielsch – also raised the question of “body shape and space”, a focal point of my early recordings. “I want to (…) less on measurable space, although it exists as a fact. What is important to me, above all, is that space can not be perceived separately from sensations. It is experienced by the ego and influences the ego via location, i.e. proximity, distance, up, front, back, right, left etc. and thus has another – a subjective – content (…) for each of us”. (1996)

An initial introduction to questions of body and space found its continuation in my examination of the Bauhaus movement; it became a constant and a standard in my artistic work. In the beginning I mainly experimented three dimensionally, whereas today I approach questions of spatiality with paint, exploring colour space, body space, interior space, landscape space and city space. Primarily from an unusual viewpoint, from an oblique perspective, I capture moods that diffuse through space. The focus on visual axes, which one must go in search of. Detailed shots – captured with the camera – form my source motifs. I always imagine what I could do with them from my painter’s perspective. The result is painterly spaces outside of their context, images that stimulate the imagination yet are far from their architectural roots, directing the gaze to what surrounds us yet not revealing at first glance where they come from: scenes and details of buildings that surprise.

I have collected my base motifs during study trips to Tel Aviv, Milan and San Francisco, and in Berlin, Bernau and Dresden. Empty spaces fascinate me. I was fortunate enough to visit Daniel Liebeskind’s Jewish Museum when it was empty: crooked walls, underground axes: a zigzag structure.

A kind of spatial development took place within me. From that moment on the term “Aesthetics of Space” became real. The fact that a space painted on a surface does not necessarily have to end in a perspective point, but that it can flow into something surface-like, has become the most exciting concern for me. Perhaps this could be described as space and counter space. Just as a circle and its centre are two completely interdependent quantities, so too is space and counter space. 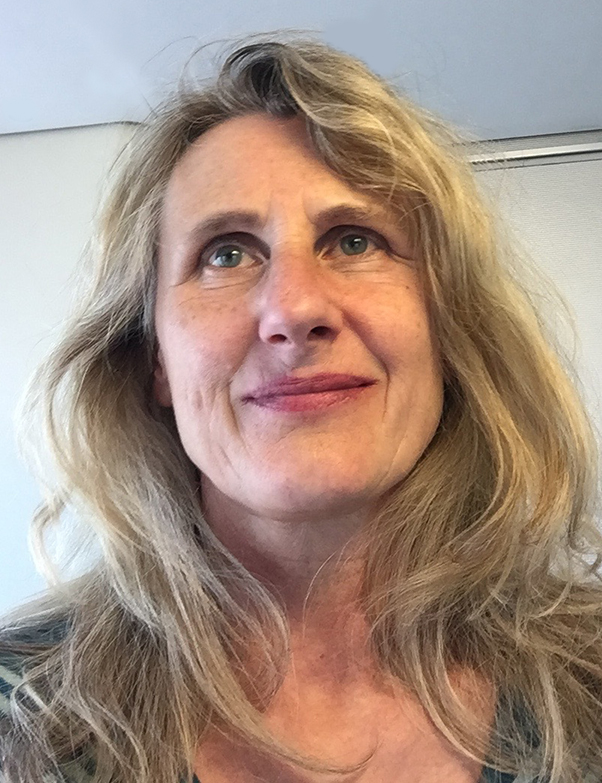